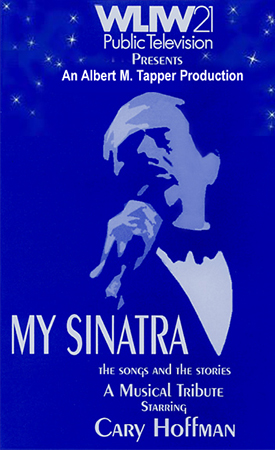 The first time I heard his voice was in 1958. I was sitting in my favorite booth at The Elmhurst Diner on Continental Avenue in Queens. He started to sing "I've Got You Under My Skin" and as he held that first note for what seemed like an eternity, I was mesmerized and transformed and in that, what seemed like the longest four seconds of my life I knew, as surely as I knew the sun would rise the next day, what I wanted to do for the rest of my life. Sing like Frank Sinatra.

I left the diner and went to E.J. Korvette's record deparment on the corner of 78th Street and Queens Boulevard and bought the album, the one with Frank wearing a hat and an open-collared shirt. I think it was called "Songs For Young Lovers." I took it home and put it on my family's Victrola and listened to it non stop for the next twenty five years. Ladies and gentlemen I am Cary Hoffman and this is "My Sinatra."

×
Play / Pause / Restart
View Video
Go to Site
For the full experience, visit on a Desktop or Tablet.